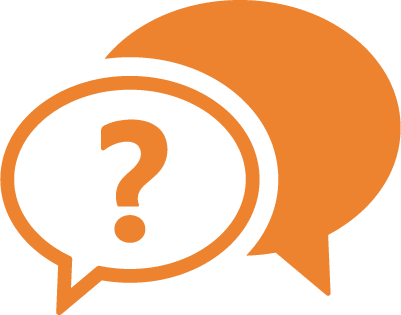 The results are in from the latest comparison test performed by Keypoint Intelligence (Buyers Lab) between Canon's TM-200 and the HP Z6.

The technicians at Keypoint Intelligence / Buyers Lab have been bowled over once again by the outstanding performance?of Canon?s imagePROGRAF products. This time while pitting the TM-200 against the HP Z6.

They described the superb TM-200 as ?the stronger model in the Buyer's Lab large format evaluation?.

The Canon imagePROGRAF TM-200 outshone the HP Z6 in most respects, with superior productivity, lower ink consumption and excellent image quality overall. The TM-200 demonstrated a clear speed advantage in all tested modes, making it well suited for work such as signs and posters.

The Canon TM-Series features a hot swap ink tank design, which lets users replace empty inks during printing. In contrast, when the Z6 runs out of ink, printing has to stop for the cartridge to be replaced, which leads to more downtime.

The image quality delivered by both printers was of the standard you would expect for printers that are designed to print technical and graphical images and posters. Both printers delivered highly accurate colour reproduction, consistent skin tone colours with smooth half tones both in colour and black and white.

However, the Canon TM-200 overall did deliver superior image quality. It had a larger colour gamut on both plain and coated papers, with better fine line detailing in dark areas. The text and fine line reproduction surpassed that of the HP, as well as exhibiting none of the bleed that was observed on the HP Z6 output. The Canon TM-200 also experienced less colour drift over the time of the ink consumption test performed by Buyers Lab.

Both printers were left over the course of a weekend, without printing anything. The Canon TM-200 had no nozzle clogging issues after this time, although the HP did have issues and needed to complete more than one cycle clean to rectify the problem. Over the duration of the testing with Buyers Lab however, both printheads performed reliably.

In terms of device and feature sets, the HP Z6 offers some noteworthy features; its HP Professional PANTONE Emulation feature allows users to create and print a swatchbook of multiple PANTONE colours and see how the printer will reproduce them on selected media. The HP Z6 also comes with a 500GB hard-drive (not available on the Canon TM-200, but is available on the Canon TM-205) and a 128GB virtual memory to aid job processing and storage. The Canon TM-200 has a 2GB memory in comparison.

The Canon TM-200 comes with a unidirectional print driver option to eliminate banding on image output, even when printing in Fast mode. It also comes with a greater number of media profiles and a flexible layout nesting option to help users save on paper. Whilst the HP Z6 also offers a similar nesting feature, jobs are positioned automatically and it doesn't support the same flexibility and control over image placement.

If you are thinking of purchasing either one of these printers, you?might want to check out the?full report here -?

To see our full list of BLI Comparison Reports and Awards for Large Format Printers?see HERE.

We use cookies to ensure that we give you the best experience on our website. If you continue to use this site we will assume that you are happy with it.OK